Where does my family come from? – Former states and territories 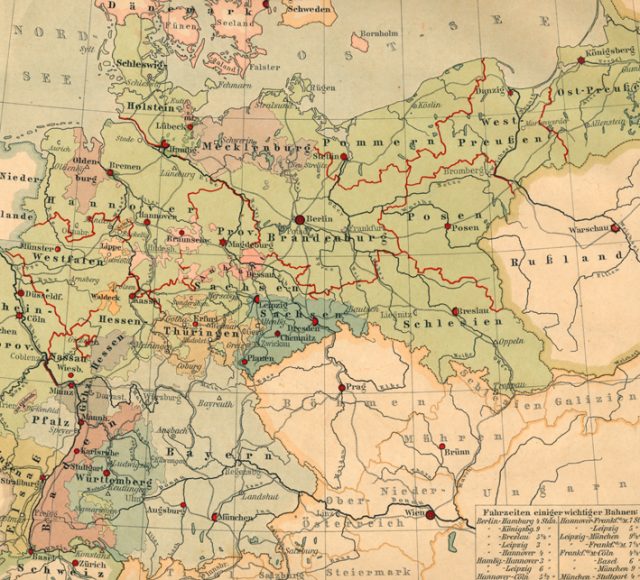 Map of the German Empire

As we all know from Germany’s recent past, national borders are not set in stone, they fluctuate. Mostly through wars or military conflicts, and sometimes – as in the recent case in German history– fortunately, through peaceful revolutions without bloodshed!

The territory of the German Reichwas larger in the beginning of the 20th century than it is today. It included parts which today belong to France, Poland, the Czech Republic, Russia and Denmark.

Just as today, countries consist of many small and large territories. In 1871, the Empire was finally joined together from these many territories into the German Empire. But the former federal and city states continued to exist alongside regional governments, rulers and parliaments – much like the present-day federal states. Today, monarchs no longer govern as they did back then, rather politicians of different parties do- although they are sometimes still referred to as “country fathers”. Even “country mothers”exist, although they are not called by this term.

the imperial country Alsace-Lorraine, which was controlled directly by the emperor.

The size of the federal states varied greatly – the largest and most powerful in terms of area was undoubtedly Prussia with its capital, Berlin, with approximately 40 million inhabitants (all figures as of 1910), followed by Bavaria with just under 7 million people. The smallest in terms of area (and least known by name) was the Principality of Reuss Elder Line with just 316 km2. For the record: the two Hanseatic cities of Luebeck and Bremen were even smaller, but we are ignoring these cities for now, since they are special cases.Finally, the state with the fewest inhabitants was the small principality of Schaumburg- Lippe, with the capital Bueckeburg and altogether scarcely 47,000 inhabitants.

The smallest state Reuss Elder Line fit approximately 1100 times into the largest state of Prussia based on its surface size, which itself had 850 times more inhabitants than Schaumburg-Lippe.

For all lovers of aristocratic history, the 22 monarchies certainly provided plenty of material. Numerous reports with photographs of all aristocratic families of the individual countries appeared in journals, naturally according to their significance.The occasions for this never ran out – whether it was weddings, christenings, travels or even bereavement of the individual noble families.

On the one hand, there were very progressive aristocratic dynasties as ruling houses, especially in southern Germany. In the (then still separate) states of Baden and Wuerttemberg, progressive rulers such as King Wilhelm II of Württemberg reigned. (Attention: Do not be confused, he had the same name as the emperor!). His democratic and socially committed leadership style was even appreciated by the Social Democrats in the local parliament, who thanked him through their loyalty towards him, whether in the advocacy of the state and constitutional order or in the adoption of the state budget. Such alliances were scrutinized by both the respective monarchs and the party leadership of the SPD.

In contrast, the otherwise industrially very modern Saxony was rather unprogressive politically; for instance, the right of individuals to vote still depended on their education. All voters got a basic vote, but those who had at least graduated from secondary school, paid a lot of taxes or were over 50 years old, could get up to three additional votes. How would that influence the electoral decisions? Pensions and provision for old age would probably be campaign issue number one!

Additionally, the largest state of Prussiahad a regressive electoral system. We discussed this in the section, “What happened 110 years ago”, for the year 1908, in January and June (articles unfortunately only in German).

In contrast, the three Hanseatic cities of Bremen, Hamburg and Luebeck, were republics governed by a senate consisting of citizens. At first, the term republic sounds progressive, but that cannot be said for the electoral rights of these three city-states. In Luebeck and Hamburg, there was a two-class voting right.This meant that in Luebeck, citizens who paid tax on more than 2,000 marks elected 105 seats in the citizenry, in contrast, the voters with lower incomes were given only 15 seats to decide on. In Bremen, the procedure was different, with only almost half of seats being given in general elections, namely 68 of the 150 seats.

Overall, on the subject of countries and (regional) elections, it can be said that there were progressive countries, such as the above-cited Wuerttemberg and Baden. There, the universal right for male citizens to vote was introduced in the period we looked at. Somewhat simplified, in the monarchies and cities with less progressive electoral rights, the wealthy and privileged men had more voting rights than the poor, illiterate and young people. This prevented or somewhat curbed the influence of the growing labor force and its party, the Social Democrats. Additionally, it was also about obtaining their own privileges and power.

However, all these means of control and restrictions by the monarchies and cities in the election process did not prevent development. But now we’ve ended up in politics!

As a side note, why are women never spoken of in elections of this time? This is because even though they were already fighting for their suffrage, it would take until 1918 before they were allowed to vote.

In the following articles I would like to introduce the individual federal and city-states. Those who know the place their ancestors were from, for instance their grandparents or great-grandparents, but not in which state they were located at the time can look here . We have already started with the smallest state by area: ” Reuss Elder Line“, followed by “Grand duchy of Baden” and “Saxony“.

The next  state will be free city Hamburg. 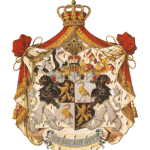